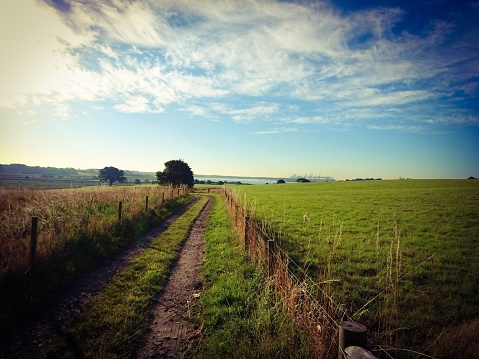 The Act has vests some powers in the Minister responsible for land issues, who is the Minister of Lands, Agriculture and Rural Resettlement. The powers that have been vested in the Minister by the Land Commission Act ensures that the Minister does not exercise bias or injustice in carrying out his mandate when it comes to State Land. For the Minister to exercise his powers, the Act provides stipulates that He has to consultant the Commission. For example the responsible Minister is empowered to sell, lease or otherwise dispose of state land but he can only do so after consultation with the Commission. This is because the Zimbabwe Land Commission is not assumed to be a political body but rather an independent body therefore can only give rational and impartial decisions.

SECURITY OF TENURE
The most important thing in land issues is creating an enabling environment that stimulates confidence and security, therefore, the need to make land tenure policy our primary objective. While the context of land reform has been characterised by political conflict and social and economic contestation, the tenure reforms should aim for decisiveness in guaranteeing the rights of newly settled farmers and ensure that the rights are legally protected against social and political whims. The Act however does not completely guarantee the security of tenure. It partially provides for security of tenure under 99 year leases which can be said to be an equivalent to ownership because they last for a life time and also deeds of grants that give total ownership. Permits, offer letters and other leases do not give ownership, they only give rights for holding. However one would say that the Act does not guarantee for security of tenure because the President is empowered by the Act to retake the land at any time and under such manner and under such conditions he may deem fit. It is imperative to note that the President can only retake the land under the Act for State, Local Authority or for public purposes only not for any other purposes.

AUTHORITY OF THE MINISTER
Furthermore the Act vests in the Minister the right to acquire land by means other than the use of the Land Acquisition Act. The Minister is empowered by the Act to accept land as a gift from anyone and to accept a gift of personal land by way of a will. After accepting the land as a gift or bequests, the Minister is entitled to direct the Registrar of Deeds to cancel the title deeds of any land acquired by means of section 16.
The writer took the Minister to an Administrative Court in the case of Lowveld Sugar v Minister of Lands in which it was successfully argued that that the Minister has no authority to withdraw offer letters. It was much expected that the Land Commission Act was going to address that anomaly but section 17 and 23 only accords the Minister the right to issue offer letters, leases, deeds of grants in respect to Gazetted or other State Land with the consultation of the Commission and approval by the President. The Act is silent regarding powers of the Minister to withdraw offer letters that have been issued. It leaves the interpretation of these provisions at the discretion of the courts.

In relation to agricultural land of the deceased or people that cannot help themselves, the Act allows that they may be represented by a legal practitioner of their choice at their expense or to be represented by a member of the family or any other person the Commission considers suitable to represent her or him. This provision upholds the constitutional right to a fair hearing and to legal representation. It is of great importance to note that access to justice and right to fair hearing are the bedrock for the success of democracy in any nation. This is because access to justice and the right to a fair hearing are the most important aspects of the Rule of Law in any democracy in modern form of Government which stresses political equality and individual liberties.

CRIMINAL SANCTIONS
Right to silence has not always been a practical reality for the accused in Zimbabwe whether in a Criminal matter or a Civil matter. It is reasonable that persons faced with a serious accusation might wish to consider their situations carefully before making any disclosure. The supposition that only a person before the Land Commission Act is to be guilty on an offence for not speaking freely to the Commission is an unreasonable provision because people can choose to remain silent for various reasons. This provision is an infringement of the right to silent of the accused that is enshrined in the Constitution therefore the need to be aligned to the Constitution.

TRANSFER OF RIGHTS IN LAND
The Land Commission Act prohibits the cessation of rights by anyone without the consent in writing from the Minister. This has been prohibited by the Act because it has also resulted in the dilapidation of farms and have caused a great economic meltdown as farms are no longer used for their initial purposes but have been turned into residential areas as a result of the housing schemes by land barons and local authorities conniving to rip off desperate home-seekers through setting up dubious housing schemes. Most of the farms are now derelict as a result of land cessation. One can safely say that this is the reason why the Act has abolished cessation of rights without the approval by the Minister.

Further, sharecropping is a widely recognized practice that involves farming, depasturing of livestock on land belonging to others. The Act allows for land owners to permit occupation on a share cropping basis but only with the approval of the Minister. Permitting occupation on a share cropping basis without the approval of the minister is a criminal offence under the Land Commission Act. However sharecropping is beneficial to the economy of the country as the land owners who have no experience in agriculture can allow others with more skill and resources to utilize the land. Sharecropping is a good exercise as there is no up-front cash payment needed by farmers. It means that sharecroppers would only need to pay the rent during the harvesting season. Sharecropping increases the land acreage and thereby increasing the production of crops.

IMMUNITY OF THE COMMISSION

Lastly, the Act provides for the immunity of the Land Commission or any member of the Commission in respect of anything that is done in good faith and without gross negligence. While it is accepted that the intention of this provision is to protect the Commission from distracting litigation while performing their legitimate and constitutional mandate and duties, one then must consider how easily this provision could be abused by those protected under it. It is important to note that the Commission or member of the Commission can also be corrupt in exercising its duties. Though this immunity clause is not absolute the conditions that one can bring an action against them are vague and insufficient. The Act specifically says that the Commission is immune to any legal proceedings in respect of anything which is done in good faith and without gross negligence. One would say that this provision is vague in the sense that it is difficult to prove that the Commission acted in bad faith and that it has exercised gross negligence in carrying out its mandate. Because of the immunity from any legal proceedings, whether civil or criminal, it is likely that this clause will foster corruption and there is need to extent the conditions under which the Commission can be brought for legal proceedings to include corruption because there is an opinion that, while holding office, the members of the class protected by the immunity clause can “do and undo” as they see fit and not be held accountable.

CONCLUSION
After having reviewed all these issues, it is found that the Land Commission Act has been enacted for various purposes that include; to establish the Land Commission, to set out the powers of the Minister and the limitation of those powers, and to provide for all State Land related issues. However, it is also important to note that there is need to align section 12(8) of the Act to the Constitution and to also limit the immunity of the Commission so as to curb corruption.